How to Win When the Game Isn’t Fair

Imagine yourself a major league general manager. Now consider this: your top three players from last year have left the team for free agency because you cannot afford to match competing offers. Your owner wants to run the team like a business and set the payroll at $40 million (the three free agents that left signed for a total of $33 million). The Yankees payroll is $126 million. What do you do? Give up? This is the scenario that Billy Beane faced in 2002. In his best-selling book, Moneyball, Michael Lewis got to the bottom of how Beane got his Oakland Athletics to not only hold their own, but to beat teams with vastly higher budgets. There are many lessons applicable to business and success in general from this book.

Billy Beane
Billy Beane grew up a naturally gifted athlete. His abilities in any sport he tried plus his physique caught the eye of professional and college organizations alike. After a few workouts, Stanford offered him a joint baseball/football scholarship. He was to replace John Elway as Stanford’s quarterback even though he didn’t play since his sophomore year in high school. He was in the same draft year as Darryl Strawberry and was widely considered the better athlete. He was drafted by the Mets and started his professional career. However, his natural ability and physical talent didn’t translate into success. 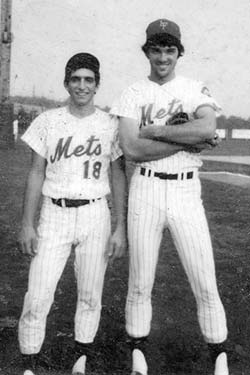 His biggest problem was his inability to deal with failure. After he struck out, he was famous for destroying the dugout and clubhouse with his outbursts. This led to a number of stops in the minors and he never came close to fulfilling his potential. After his pro career, he was left with a strong impression on how not to recruit a major league ball player.

Blue Ribbon Panel
As free agency and no spending limits on players took hold in the late 1990’s, a number of major league owners felt that they weren’t able to compete with the big spenders. In addition, if something wasn’t done to even the playing field, the poor teams would fold and the entire league could be in jeopardy. Bud Selig, the Commissioner as well as the owner of the Milwaukee Brewers, headed this panel. The problem for the panel was if the situation was so dire, how could they explain the success of Oakland? Selig’s response was Oakland was an “aberration.”

How Beane Did It
Baseball is unique in that it lends itself to statistics and statistical analysis. Beane hired Paul DePodesta, a Harvard grad who never played baseball. DePodesta brought the insight from this statistical analysis, and was not swayed by subjective opinions of the scouts.
In order to succeed in the unfair competition of Major League Baseball, they had to look at the game in a new way. They thought of a baseball game as a process. On defense it was getting outs as quickly as possible. On offense it was preventing outs and extending innings as long as possible. It also meant that individual achievements were secondary to team goals. Beane’s teams ended up playing differently than other teams. Stolen bases and bunts were almost unheard of because they weren’t worth the cost of the outs they caused. Athletics hitters were expected to take more pitches than other major leaguers because their hitting percentage went up with favourable counts and increasing pitch counts wore down the starting pitchers and got them to the less-talented relief pitchers sooner. 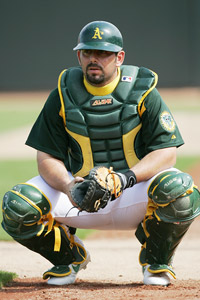 Jeremy Brown, a catcher that was on nobody's draft list, was selected by Oakland in the first round.

When something becomes expensive, it makes sense to scrutinize it to maximize value. In the case of baseball, certain player statistics were grossly overvalued in the marketplace and a few were undervalued. The undervalued statistics in hitting were on base percentage (OBP) and slugging percentage (SP). Beane and DePodesta found that they could draft and trade for players that ranked high in these statistics very cheaply because nobody else valued these measures. They also knew through market research that fans want to watch winning teams instead of stars on losing teams. Their business model then became to take nobodies with the right makeup, win with them, make them stars, and then trade them when they became too expensive to keep.

How Did They Do?
The following table sums up how they did in 2002.

This was in spite of baseball purists saying that they didn’t play the game properly. They didn’t “manufacture” runs by stealing bases and bunting.
They ended up losing the divisional playoffs to Minnesota in five games. This allowed these same purists to say “I told you so” and “Billy Ball doesn’t work in the playoffs.” Pure garbage. The reason why the playoff performance wasn’t as convincing as regular season is the small sample size of games to compare it to. Luck has a much bigger influence on a five-game series.
Since the publication of the book, Beane’s secrets aren’t secret anymore and the market has become more efficient. Bargains are harder to come by and the playing field has leveled.

What Can We Learn
Moneyball has taught lessons that are applicable in a wide range of endeavor. They are: