Killing the Goose that Laid the Golden Egg – Another Curling Rant

As reported by Bob Weekes, the Canadian Curling Association is looking at changing the format of the Brier, as well as their other national championships. They are experimenting with moving to a 14-team system.

The rationale for this is by having Team Canada, you are basically assured of another strong team competing for the title. It will also bring some drama to the end of the week for teams at the bottom of the standings as they try to avoid relegation. Maybe they feel that the returning champion will increase interest in the events, thereby selling more seats, beer in the Brier Patch and sponsorships.
I feel this is akin to killing the goose that laid the golden egg. Here’s why: 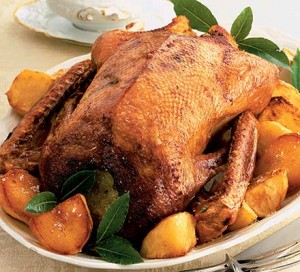 The CCA is trying to turn their championships into toxic goose meat.

The curling elite have done a good job of whining themselves into preferred positions. Many of these teams already get a bye into their Provincial Finals, but they will try to convince the CCA that having more elite teams will add to a more successful championship. If this is the case, why do they play their Grand Slam events to half empty arenas? Remember when these teams boycotted the Brier for a few years? Nobody missed them. The Briers were great events and the Canadian champions fared well at World Championships.
If the CCA wants to improve things, why not make this a true national championship? Everybody starts on the same starting line. That genie is out of the bottle, but the magic and allure of the Brier has suffered as a result.
If the CCA goes ahead with this change, I predict that instead of a bounty of gold, they will end up with tainted goose meat.