Air Canada – Why do we let our country’s name go on such a poor airline?

Warning – rant enclosed!
I just got back from a family vacation in San Diego. We spent a week going to the Zoo, Lego Land, Disneyland and Sea World. The experience was full of fun and we made a lot of great memories. This blog is about the trip there, and how our national airline treated us as customers. First, the facts: 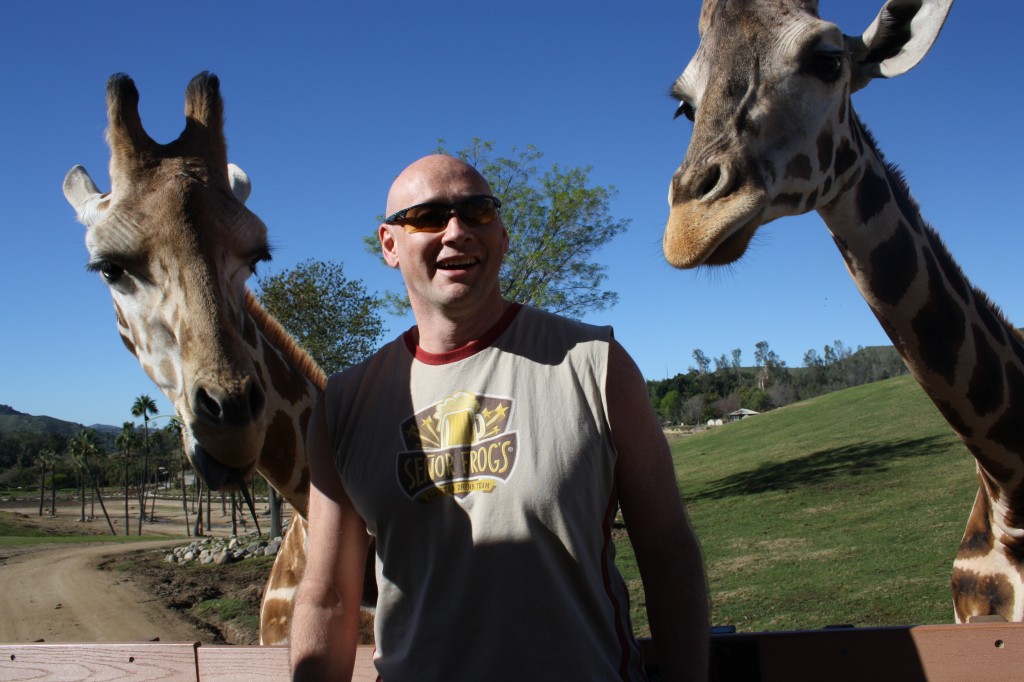 Me with a couple of friends I made on vacation.

In my complaint I asked for 3 things:

I think that the root cause of this mess is Air Canada’s strategy of cutting costs at the peril of customer satisfaction. The jet was in the hangar. The only reason for not getting it to the gate on time is not enough bodies or time to get the jet ready for it’s first flight of the day.  When WestJet has run into problems, they book customers on competitors’ flights to get them where they are going.  This seems to be verboten at Air Canada. When I suggested that to the customer service agent, he looked at me like I was speaking a different language.
All of my hard feelings could have been averted with a simple acknowledgment of the trouble they caused. So far, no apology has been offered.
After this and other experiences with this airline, I infer that their company motto is “Nothing, not even common sense, will keep us from implementing cost cutting.” Compare that to WestJet’s apparent motto of “We will compete on price, but we’ll get you where you are going.” Or “We act like you have a choice in airlines.”
To be fair to Air Canada, they have not responded to my complaint. When they do, I’ll share it on this blog. My prediction is they will send me a $70 travel voucher along with a paragraph or two to explain their commitment to…blah blah blah. If that is the case I will send the voucher to the first person to send me a self-addressed, stamped envelope to our mail address.
Misery loves company. If you would like to share your airline horror stories in the comments, I’d like to read them. In the mean time, WestJet, please expand your route schedule so I don’t have to deal with these clowns anymore.

Next post: Conan vs Jay – How Not to Plan for Succession