When to Can Your Superstar

I’ve seen many cases of this troubling problem. You have an employee that is excellent at his or her job, but is a nightmare to deal with. It’s easy to feel trapped by this situation. On one hand, you need your star for his high performance. On the other, his diva attitude is raising hell with the rest of your team. How do you solve this?

The first approach is to assess how much of a star your star is. A lot of the time, reputations are made on self-promotion or power hoarding. If your star doesn’t share information or takes credit for group achievements, you have a pretty easy decision to make. He cleans up his act or is gone.

Even if your star is as valuable as he claims, nobody is irreplaceable. As a manager, you must tell the star that if he values his position and status, he needs to conform to your code of conduct. This can’t be an idle threat. You must hold the star accountable or this tactic backfires. In addition, you must have the support of upper management or your own job could be at risk.
If you follow this strategy, you will get one of two results. The first is the most preferable: your star maintains his high performance and works well with the team. This usually doesn’t happen. The more likely result is an ugly dispute resulting in the exit of your star. This is still better than doing nothing. You will find that the rest of your team:

For an example of this dynamic, we only need to look to this year’s NFL season. Randy Moss is the prototypical star-diva. His combination of size, speed and great hands has made him one of the top wide receivers in the game for a decade. As he started this year with the New England Patriots, he publicly complained that he didn’t have a contract-extension offer. He threatened that this would be his last year with the club and requested a trade. This was a power move in an organization that does not tolerate this. The Patriots’ response was to trade him to Minnesota for a third-round draft pick. Their record since the trade: 7 wins, 1 loss. 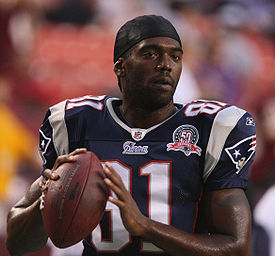 Minnesota came to the opposite conclusion when they acquired Moss. They were willing to put up with his antics if he could deliver wins. Almost immediately he started trouble by asking the owner to fire the coach, Brad Childress. In the four games he played for Minnesota, the Vikings went 1-3. Childress was fired shortly after.

Now Moss is toiling on the roster of the Tennessee Titans, averaging one catch per game and not making any sort of impact.

So there you have it. You can’t succeed by placing your hopes with your star and neglecting the rest of your team. If you have any doubt that you can succeed without your star, look to the NHL. After the Edmonton Oilers traded Wayne Gretzky to the L. A. Kings, they won two more Stanley Cups. Gretzky never won another.

Next post: The Road to Hell is Paved With Good (Advice)