My Hunt For a New Car

Two weeks ago, my car was flooded in a flash rainstorm. It’s a 1998 Honda Accord with 280,000 km on it and I bought it new. That car is by far the best I ever owned and I was pretty sad to see it go. It was as inexpensive and reliable as it gets. Here’s my experience so far.

The day started with my visit to the insurance adjuster. When I first sat down, he appeared be pretty nervous. After the regular pleasantries, he went over what they were going to pay out. We made some adjustments based on some options they missed, but I could tell they used a rigorous process to determine the value of the car. I told him that it sounded fair and a look of relief washed over his face. He then told me about how a number of clients came in owing $30,000 on their vehicle and getting $22,000 in settlements. No wonder he was nervous about this.

Now with my cheque in hand, I went out looking at vehicles. I had spent the last couple of days looking online and had a fairly good idea of what I was looking for – 4 door family sedan, $10,000-$15,000, Japanese brands. I’m not anti-Detroit, I just put a lot of importance on reliability, and I know these brands have the best reputations. 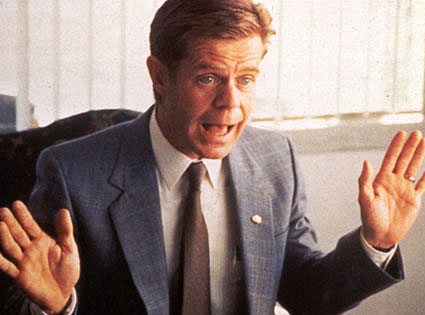 Here's who I have been dealing with for the last couple of days.

The first place I went to was a brand new dealership. The “sales office” was a trailer and the salesman was as new as the dealership. It looked like he was happy to have a customer and took me through the vehicles that might interest me. He took down my information and promised to hunt around his network for what I was looking for.

Next I went around to a number of dealer lots in Saskatoon. Although these were firms in competition with each other, their sales tactics differed immensely. The first salesman, Jerry*, is a veteran of car sales and has sold every make and model of car over the years. I went there looking at a car that I found online. I took it for a test drive and when I came back, we had a very interesting conversation. When I told him why I wanted used, he started giving me the same story that the adjuster told me earlier — people are buying new cars and getting the most car they can afford based on the largest monthly payment they can withstand. He told me of how a number of his customers still owed several thousand more than their trade in allowance and stacked the debt on their new car loan.

The second salesman, Mike, was the manager of the used car lot for a very well established, large dealer. The car I went there to see had just been sold, so I decided to inquire about how business was and how motivated they were to make deals. I asked him if it was a slow time of the year for them. He replied “no, this is actually a very busy time for us.” Although I was the only person on the lot, his answer made it clear — “This isn’t my first rodeo. Don’t try to get cute with any lowball offers.” I went to a couple of other lots where nobody even came out to make contact with me. That seemed to imply that they weren’t appearing too eager. That, or their sales staff called in sick.

Finally, the one guy I thought did a poor job was Tony. When I told him what I was there to look at and why I was car shopping, he told me that it was a great time to buy because car safety was so much better. He showed me a car whose price was $3000 higher than the car I came to see. He tried to engage my lizard brain by painting a mental image of my family in a car accident, and how that difference was so small compared to the safety of my family. Tony also said that he would feel bad about selling me the other car. He said, “I don’t want you sitting in your new car looking at other cars thinking ‘Boy, that’s a nice car.’” He mistook me for somebody that puts a lot of self-esteem in the car that I drive. Although these tactics were a miss for me, I can see how this can get others in a buying mode.

So now I have looked at hundreds of vehicles online, test drove several, and have made a short list to make offers on. What has this experience left me with?

Now the fun begins when I start talking deals. I’ll see if I can make a good deal by being aware of the rules these guys follow.Â  Stay tuned for how I make out.

*All names have been changed to protect the innocent and guilty.

Next post: My Hunt for a New Car Part 2: The Purchase